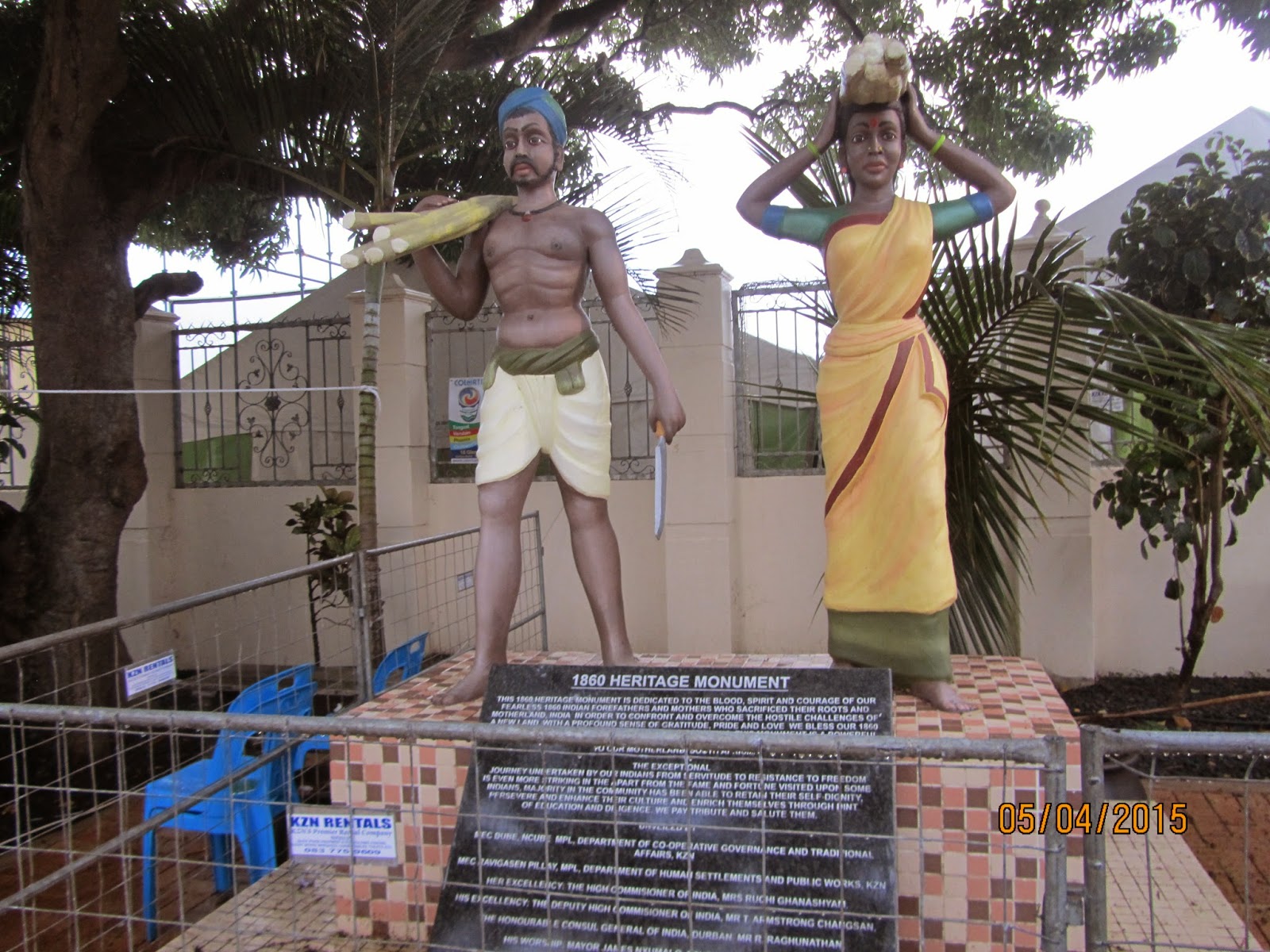 (Statues to remember our indentured forefathers and mothers at Mt Edgecombe Mariammen Temple. A star attraction during the Easter festival) 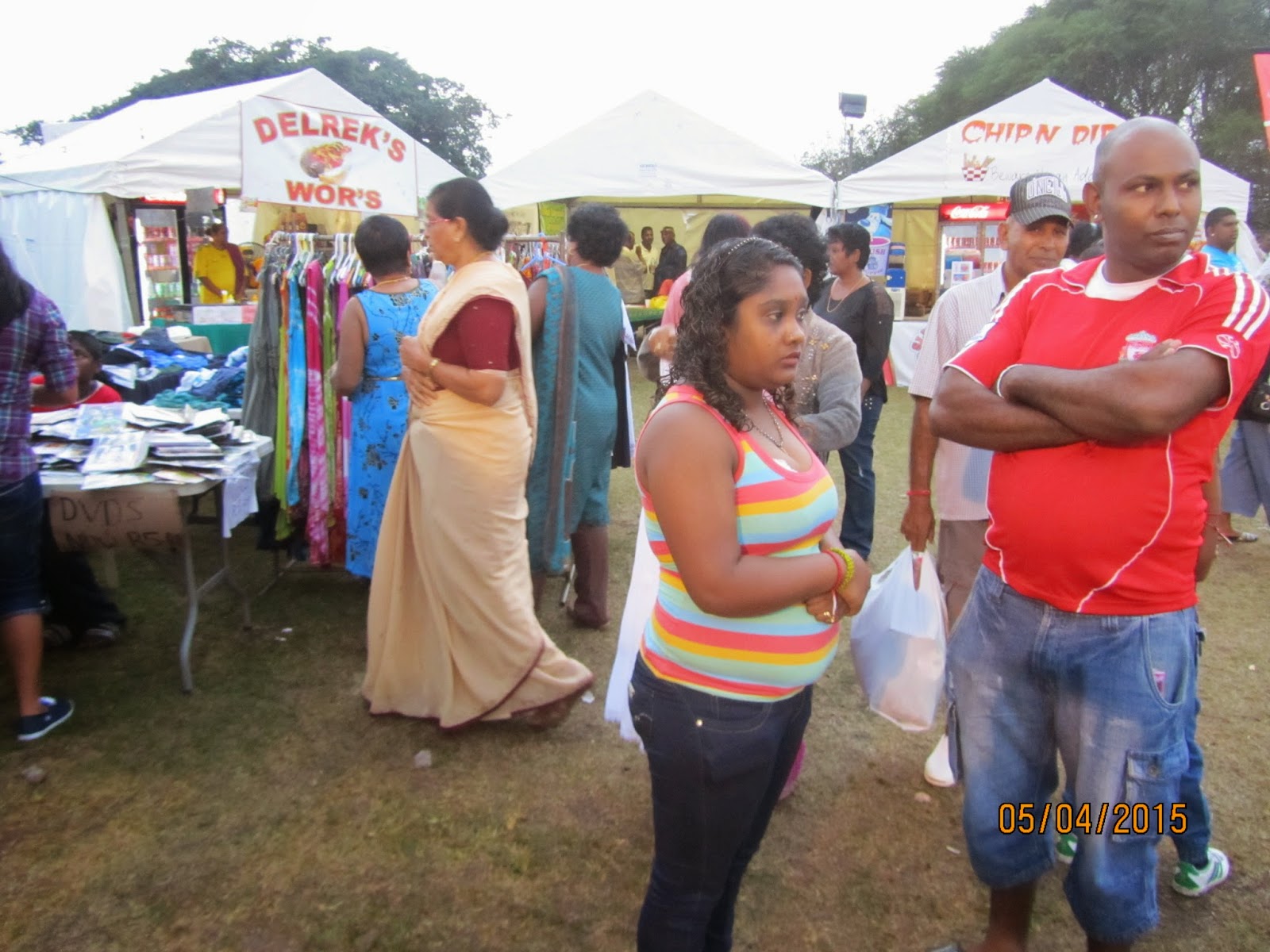 Hundreds of thousands of descendants of indentured sugar cane labourers have once again visited religious places and institutions and participated in spiritual upliftment programmes at various venues throughout the country during the 2015 Easter weekend.
The people took part in ceremonies, started by their forefathers and mothers, at the Isipingo Temple, south of Durban; Mount Edgecombe Mariammen Temple, north of Durban; at the Brake Village Temple in Tongaat, on the north coast; at the Riet River Shri Emperumal Temple in Ottawa; at the Hara Krishna Chariot Festival in Durban; and also at churches.
The visit to the temples and the participation of the people in various spiritual programmes is understood to have started in the early years after our forefathers and mothers arrived to work as indentured labourers (slaves) on sugar estates on the north coast and south coast of the then Natal Colony.
According to various historians, when the sardars and owners of the sugar estates took time off to go to churches during Good Friday and the rest of the Easter weekend, the majority of our indentured ancestors dedicated the Easter weekend to visit religious sites at Isipingo, Mount Edgecombe, Tongaat, Stanger, Illovo, Umzinto, Port Shepstone and other areas where they had been indentured.
At the same time, those indentured labourers who followed the Christian faith visited religious sites of their own.
This tradition has continued, prospered and grew since then and over the decades to become an annual pilgrimage for most people during the Easter weekend. At one time in the 1950s, 1960s, 1970s, 1980s, and 1990s this annual pilgrimage to Isipingo and Mount Edgecombe used to attract more than 500 000 people. But since the dawn of democracy in 1994 when many thousands of people began migrating to the Johannesburg-Pretoria region; Cape Town; other regions of the country and to overseas countries such as Canada, United States, New Zealand, Australia, United Kingdom, and other parts of Europe, the attendances began to drop.
But despite the new patterns in lifestyles, the spiritual pilgrimages have still continued and Easter weekend in 2015 was no different. 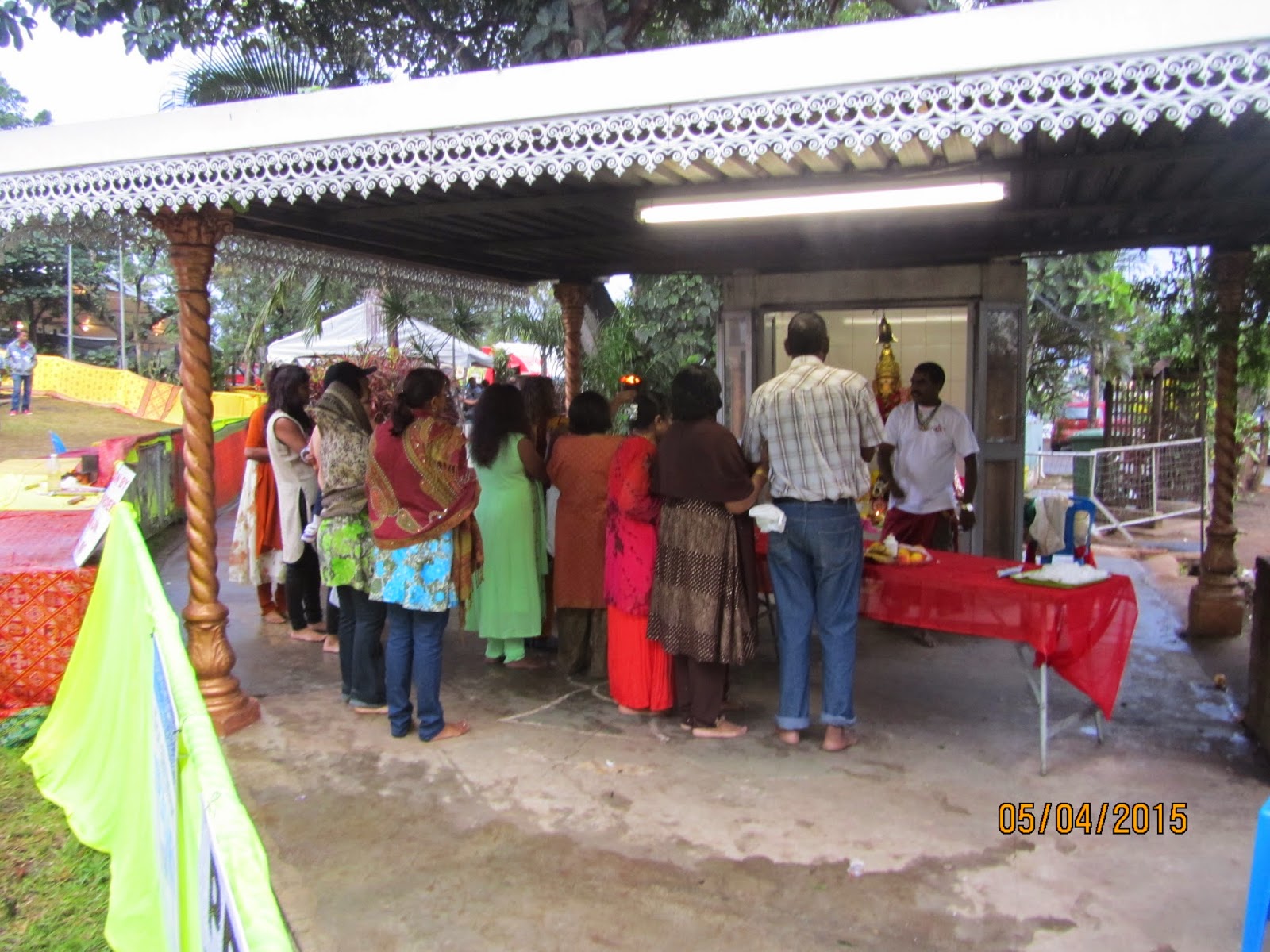 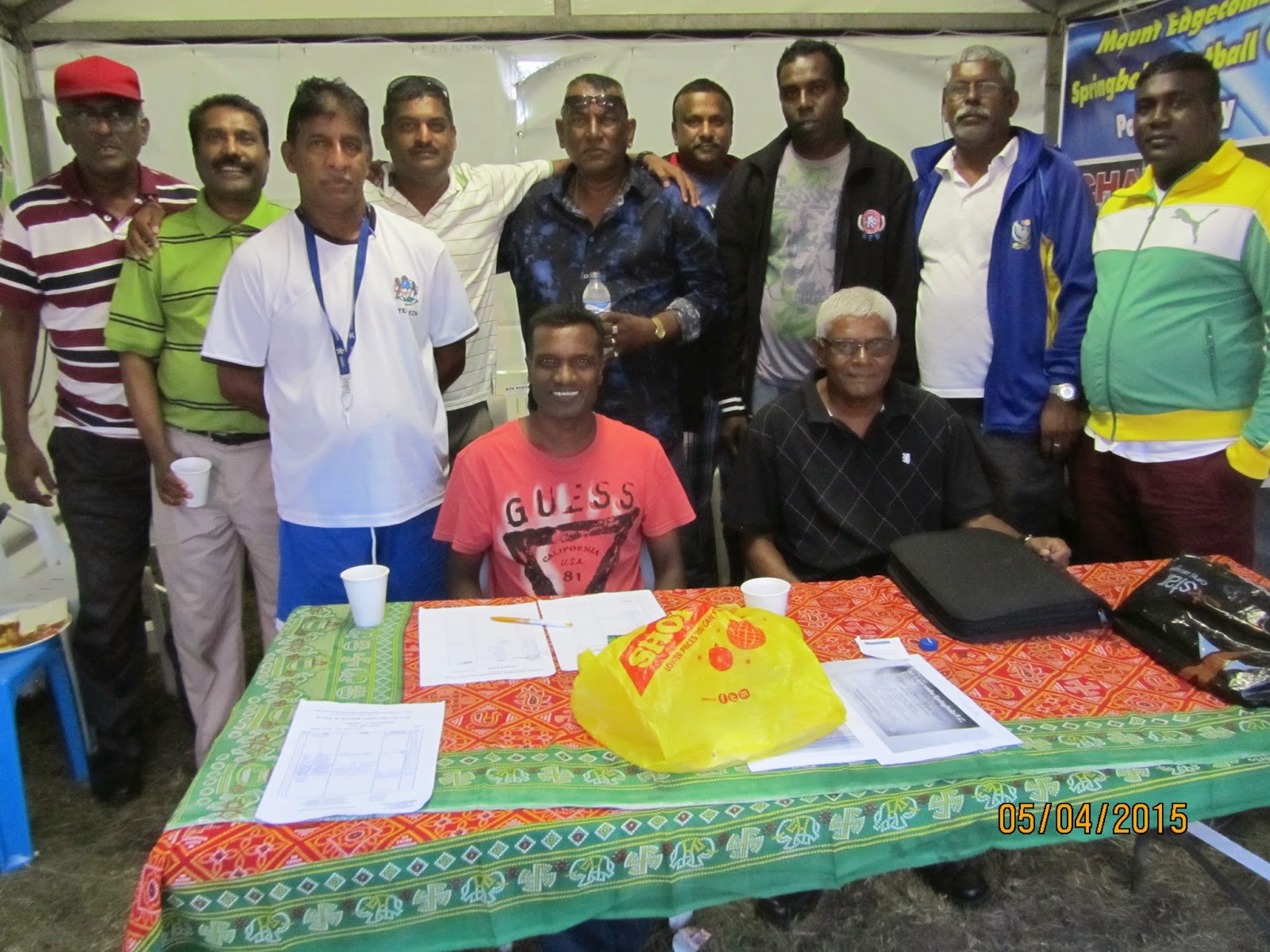 The people I spoke to at some of the pilgrimage sites re-iterated their commitment to promoting their rich cultures and traditions started by their indentured ancestors.
"Our visit here and participation in the religious ceremonies is a source of spiritual upliftment for all of us," said Mr Nanda Govender, who visited the Mount Edgecombe Mariammen Temple.
Despite some moments of rainy weather and inclement weather, the tens of thousands of people, in addition to offering their prayers at the newly-upgraded temple, also enjoyed the musical entertainment that was provided throughout the four days of the Easter weekend. They also purchased music, movie, Eastern clothing and other items from the numerous shops in the festival grounds.
Mr Danny Maharaj, 65, who was born in the Mount Edgecombe sugar barracks, said he would never forget the joy and happiness that they used to enjoy in their early days.
"It's for this reason that I visit this place every year so that I could recall the wonderful lives that we used to live in this area," he said.
"The religious sites are our roots and we must never forget where we come from. By visiting this place I bump into a lot of people who I have not met for many, many years.
"O'h the thousands of people who come here annually remind me of the early days," he said.
Former members of the Young Springboks Football Club and the Mount Edgecombe Sporting Club were also busy at a special booth they had set up. They want to revive the spirit of the past and to honour those who contributed immensely to soccer and sports in general in the Mount Edgecombe sugar barracks. 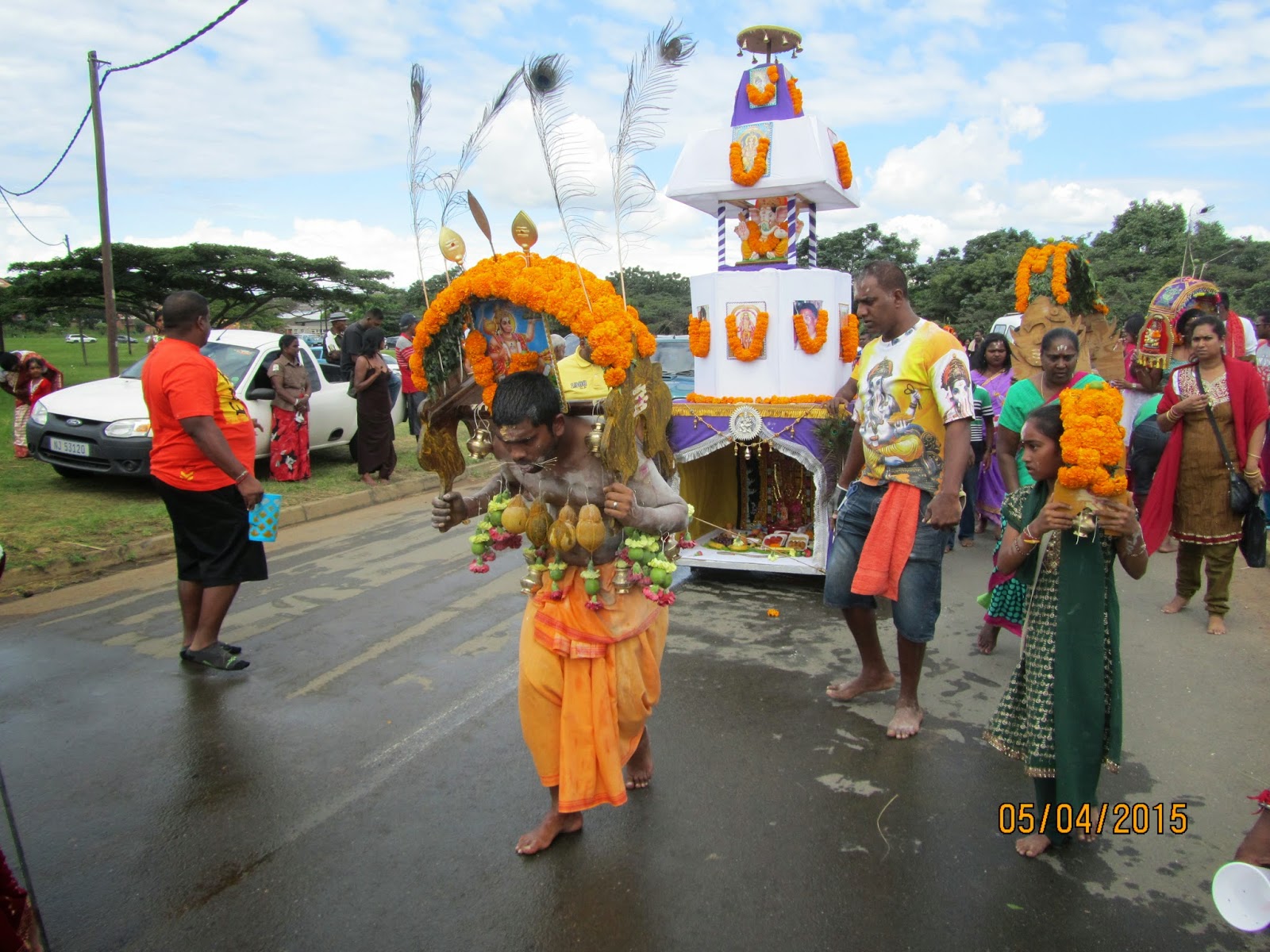 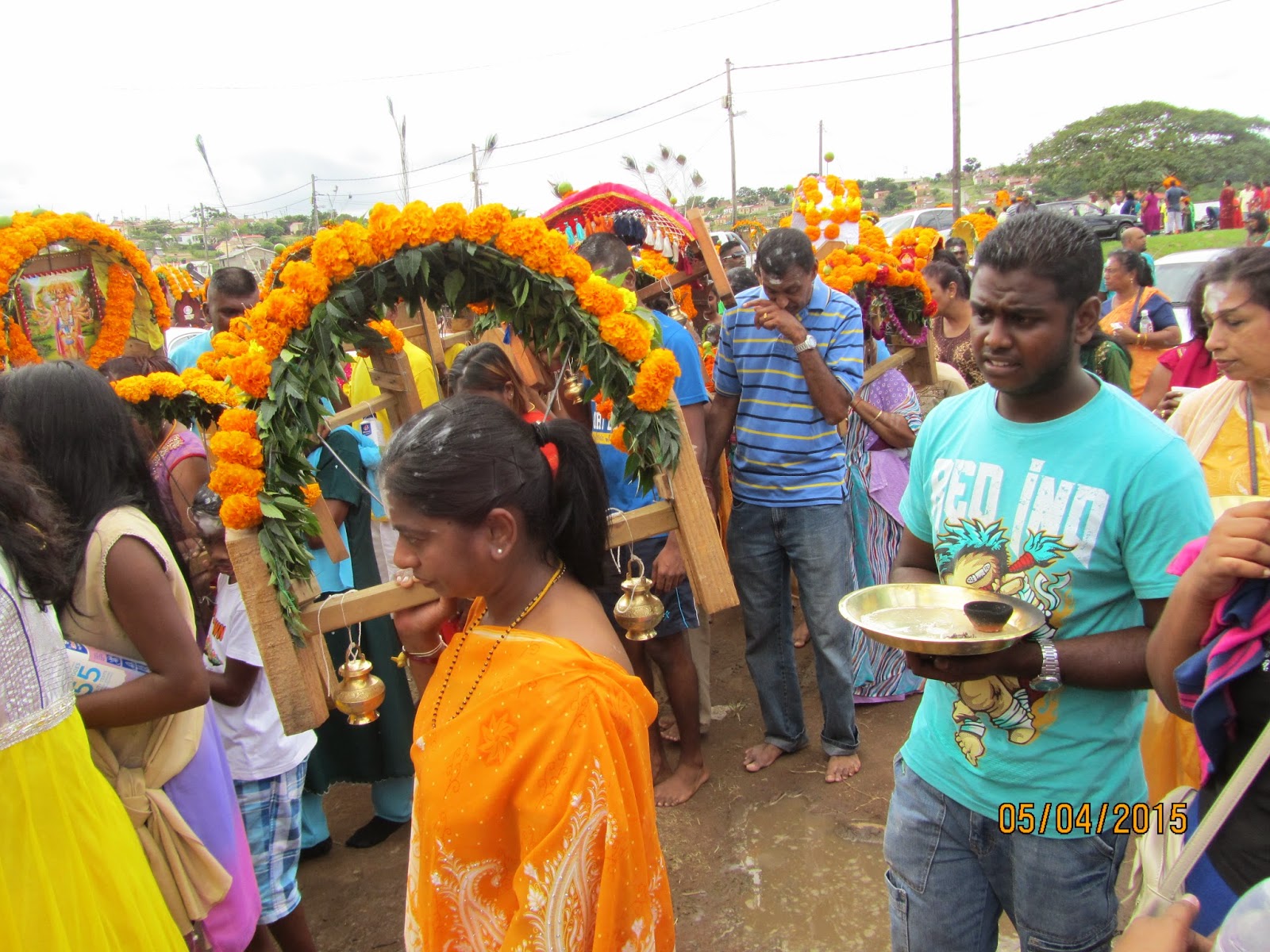 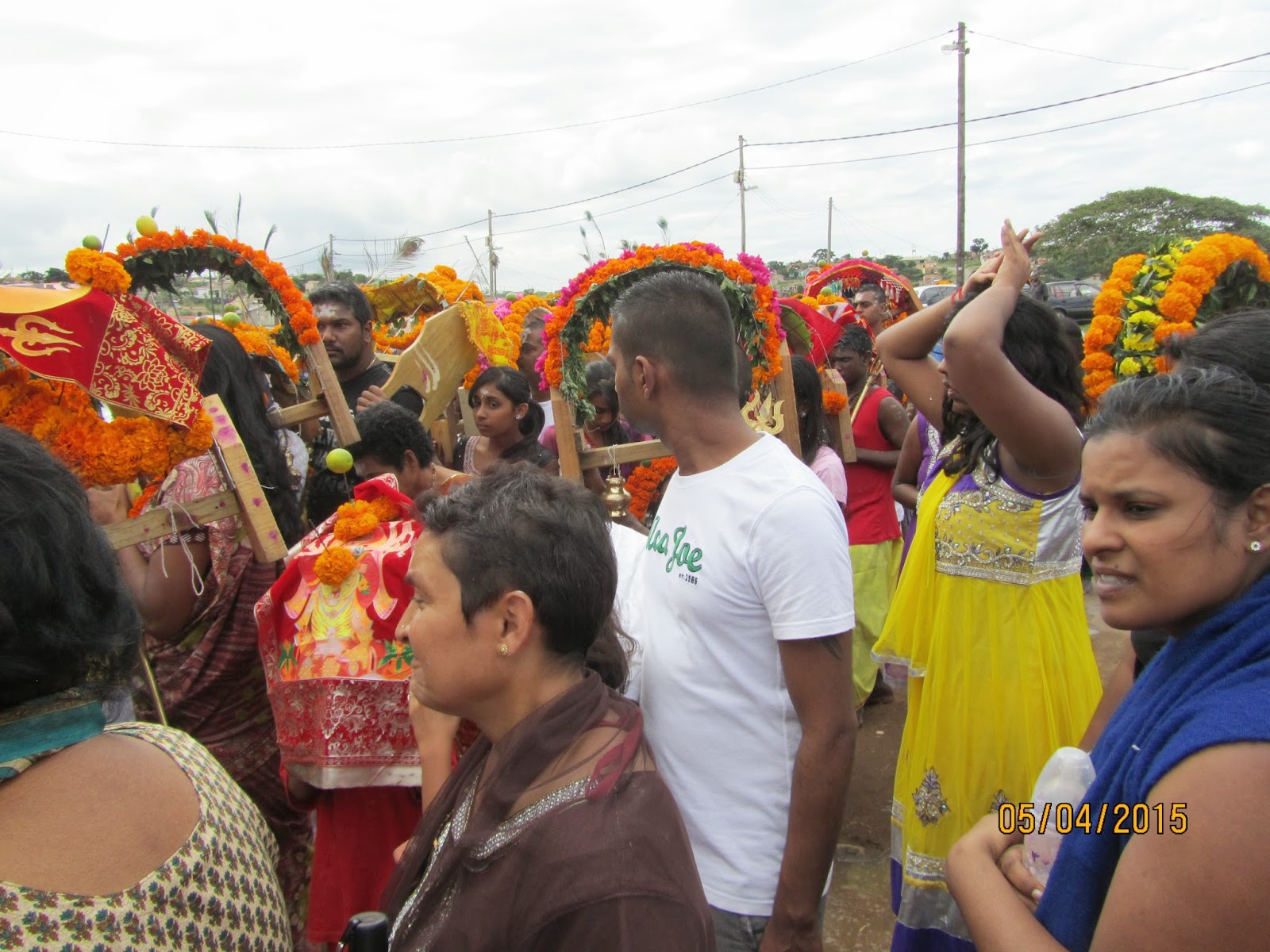 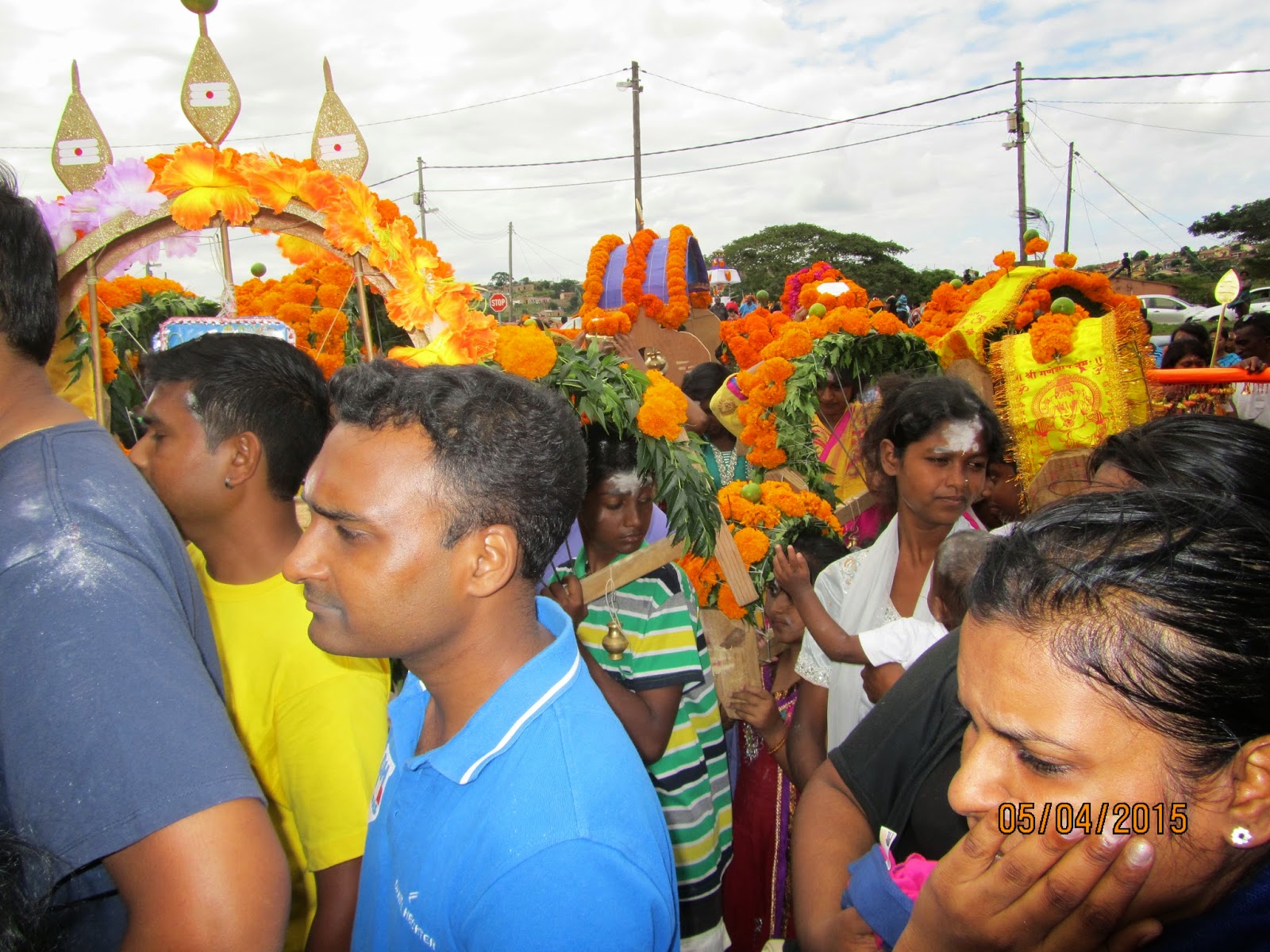 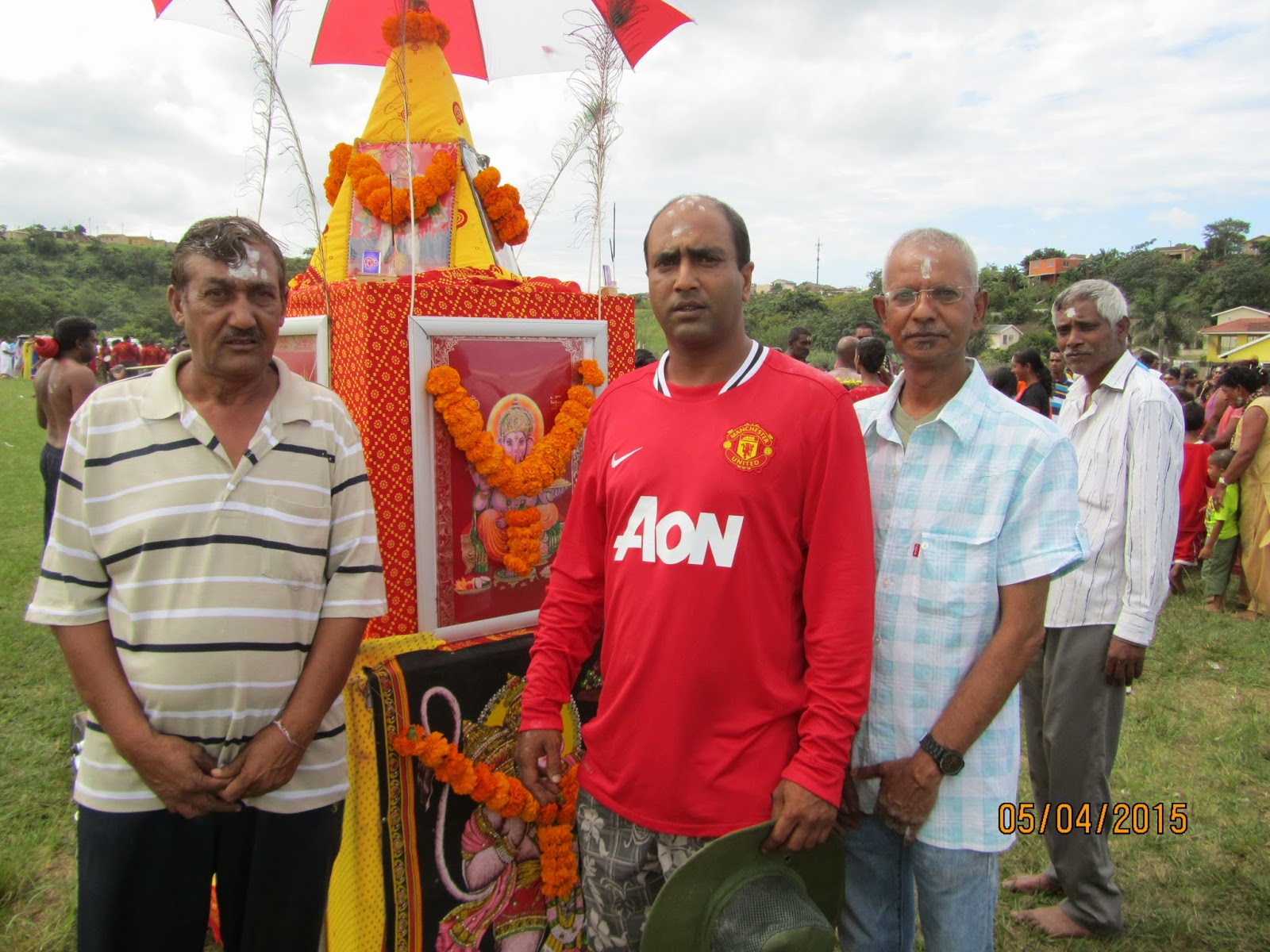 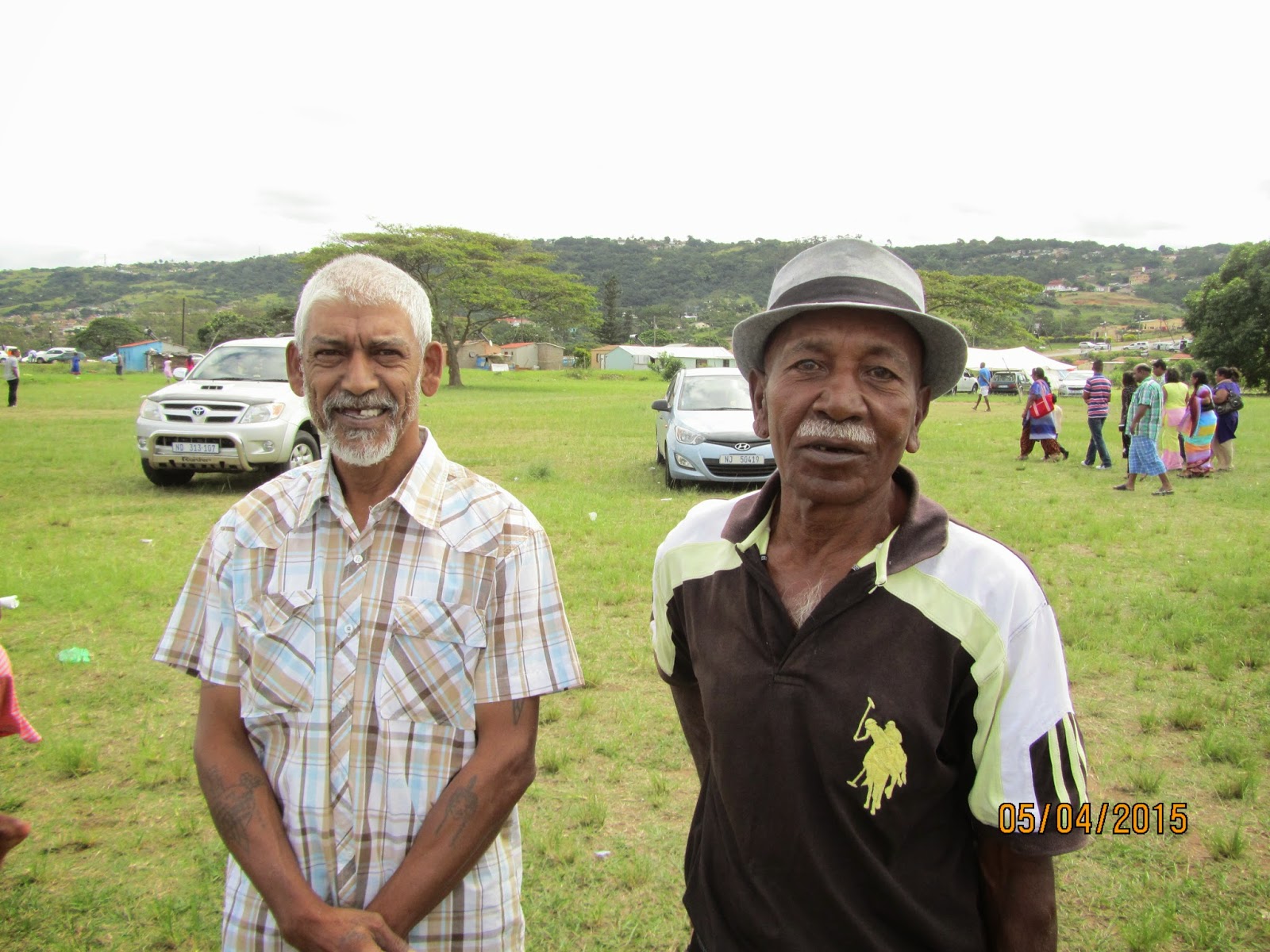 
Mr Aboo Padvattan, who attended a Kavady ceremony at Riet River in Ottawa, was also proud of the cultures and traditions started by his ancestors.
"Most of the people who are settled in this area are families who worked on sugar platantions at the Ottawa Estate, Blackburn, and other sugar estates in this area," he said.
"We are extremely happy to see so many people come year on an annual basis to participate in this Kavady ceremony.
"This ceremony brings us happiness, joy, and spiritual upliftment," he said. 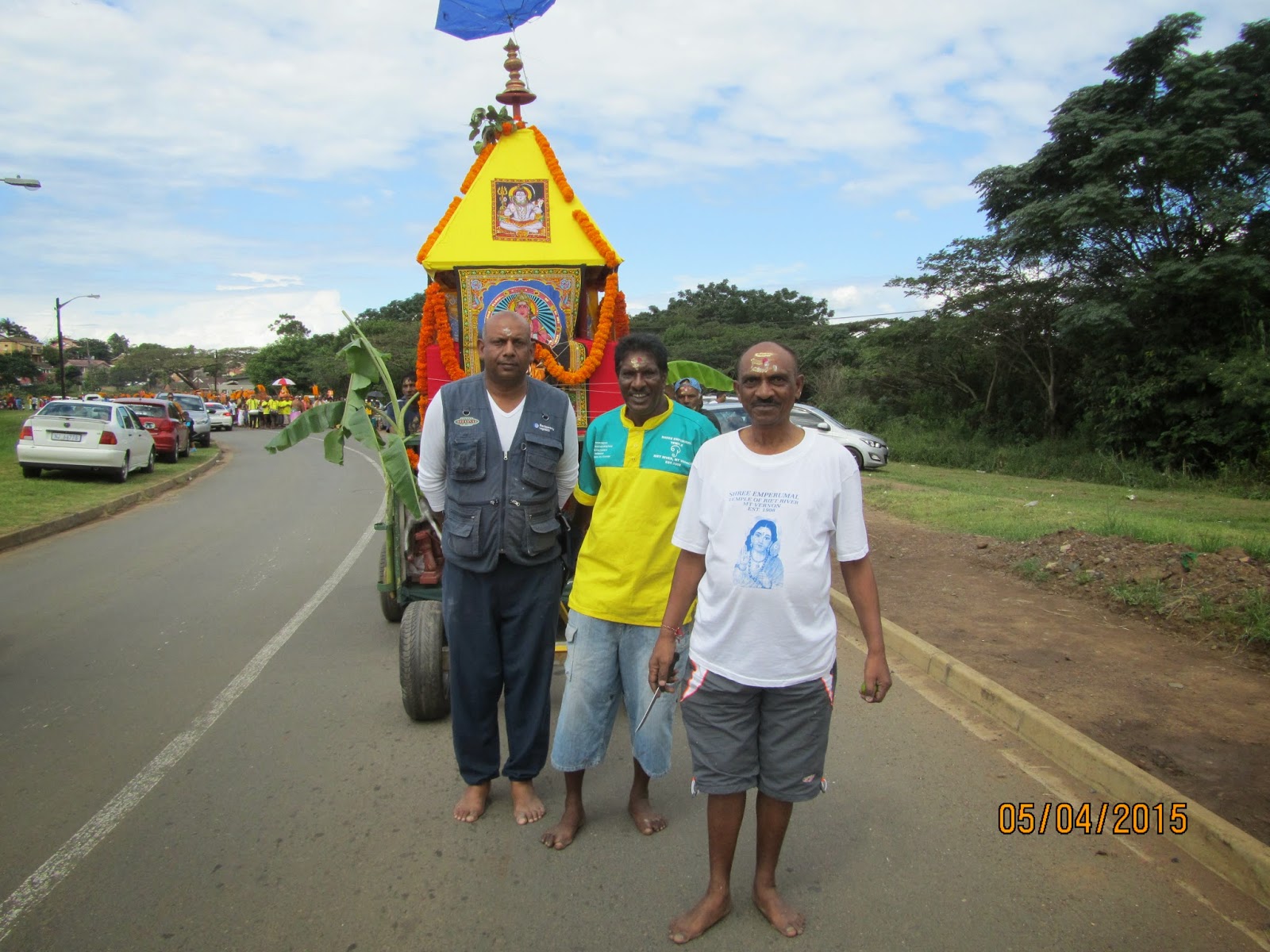 Mr Muthen, a resident of Ottawa, now plays a very vital role in the Riet River Temple kavady.
He said as a descendant of indentured sugar cane labourers he wanted to play a role in promoting the cultures, traditions, music, and spirituality of his ancestors.
"We must be proud and appreciate the sacrifices made by our forefathers and mothers," he said.
"We have come a long way from the sugar cane fields and have achieved a great deal in all spheres of life. It is, therefore, vital that we must at every opportunity promote our customs, traditions, cultures and spirituality." 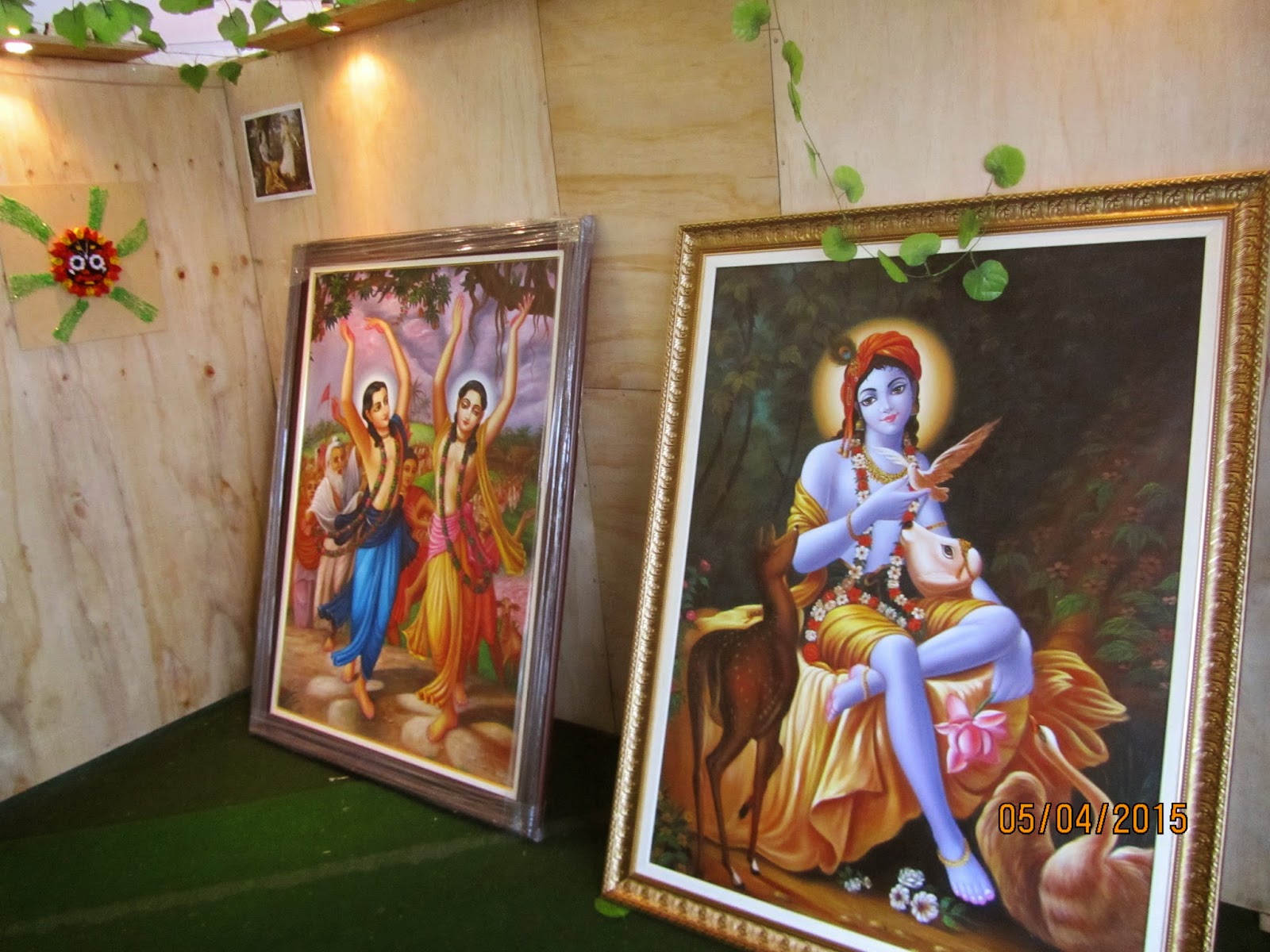 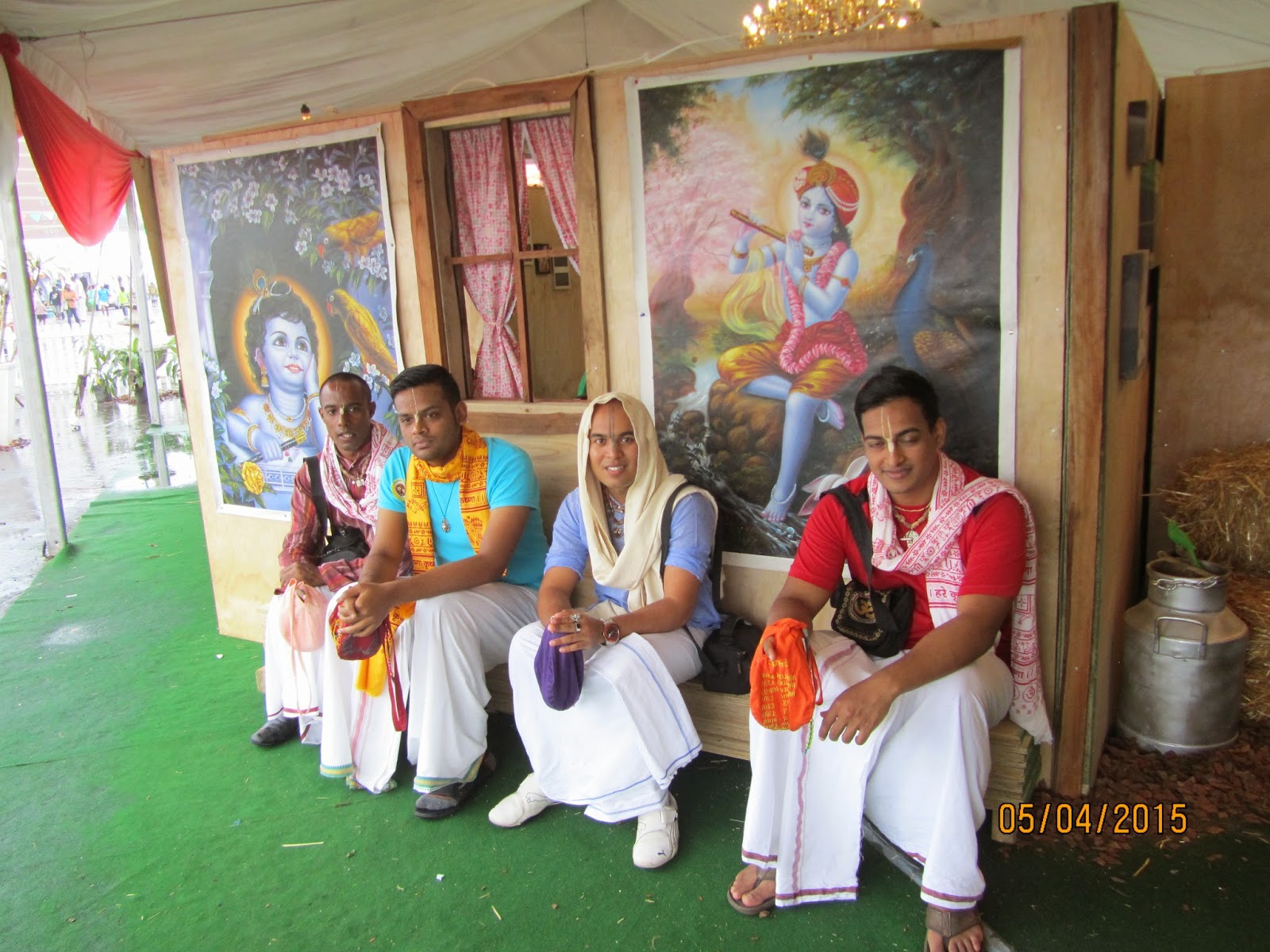 The Hare Krishna festival in Durban is not as traditional as the pilgrimages to Isipingo and Mount Edgecombe. But, never the less, this annual festival also keeps alive our rich cultures, traditions, history and spirituality.
Here I met a group of four young professionals who re-iterated their love for their rich traditions.


"We find that this type of pilgrimage promotes the good in all people," said one of the young men, who said they were from the town of Verulam on the North Coast.
"There's a lot of things for people to do here, especially participating in programmes promoting peace of mind and spirituality." 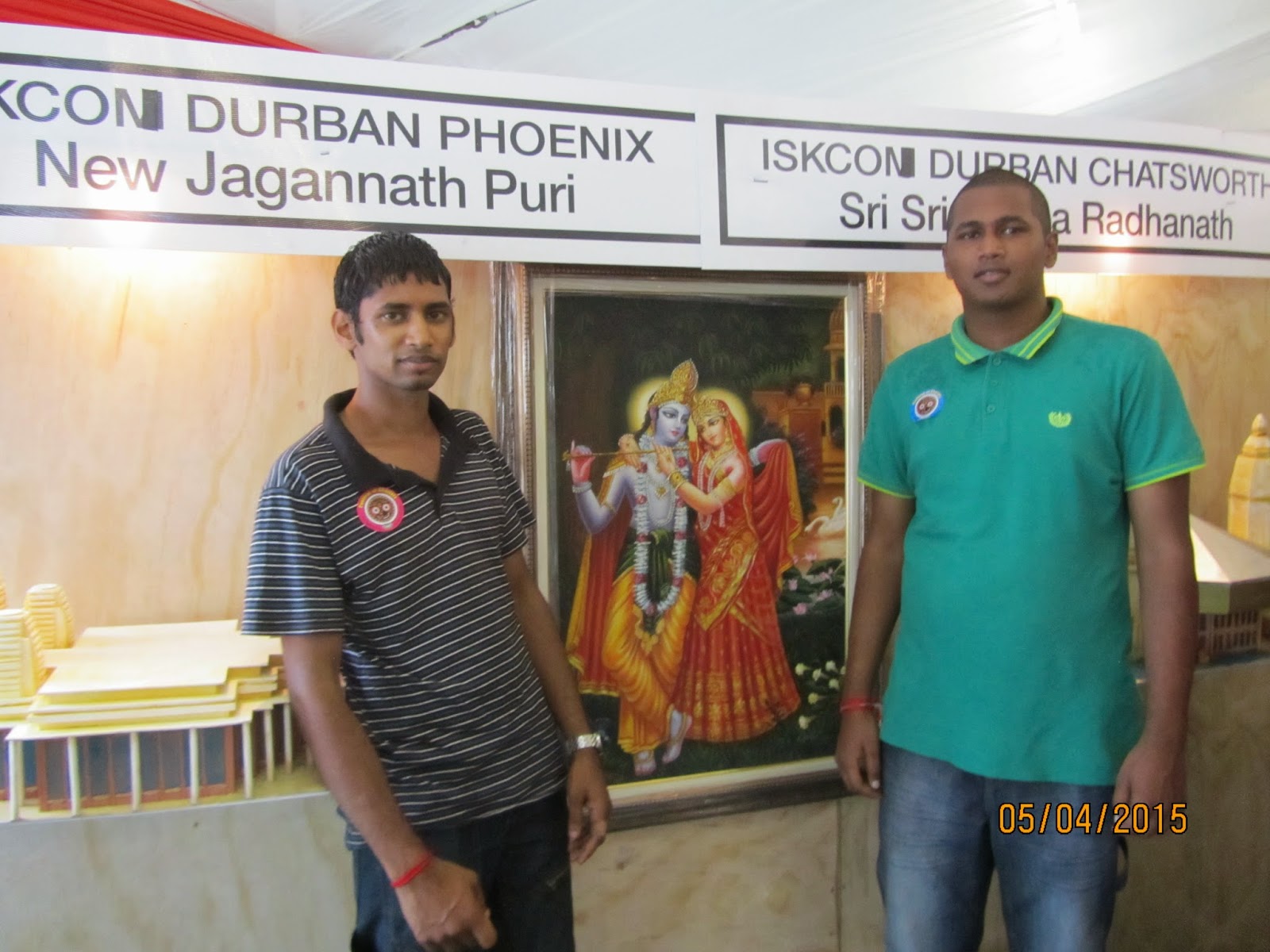 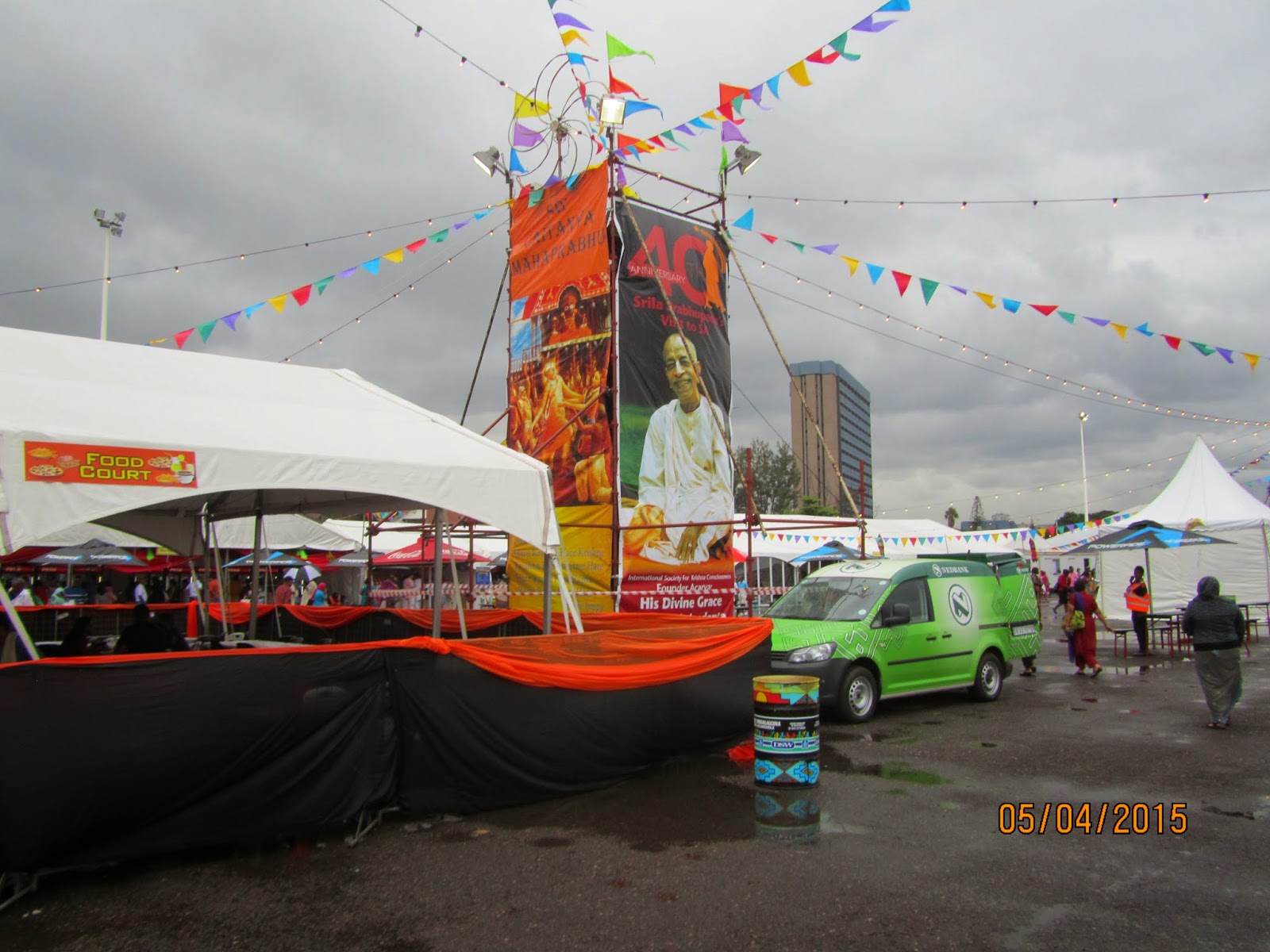 The people I spoke to say the  visit  to religious sites and participation in spiritual programmes during the Easter weekend is a tradition that has become part and parcel of the lives of descendants of indentured labourers. It's a tradition, they say, that will grow and prosper for ever and ever.
"This is a tradition that is our way of paying tribute to our indentured ancestors," said one of the people who visited the Mount Edgecombe festival.