OUR RIVER AND ENVIRONMENT IS BEING DESTROYED THROUGH ILLEGAL DUMPING 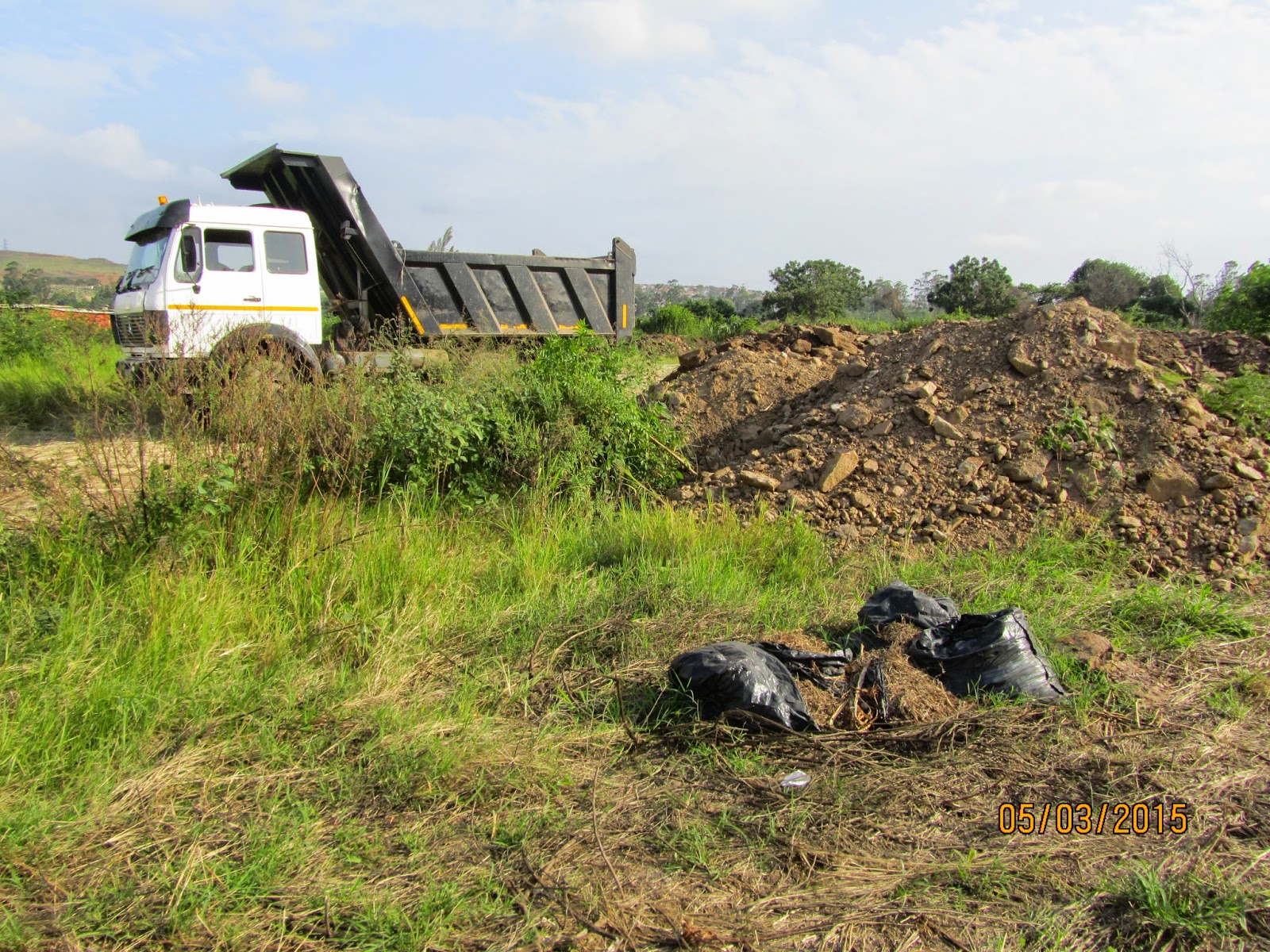 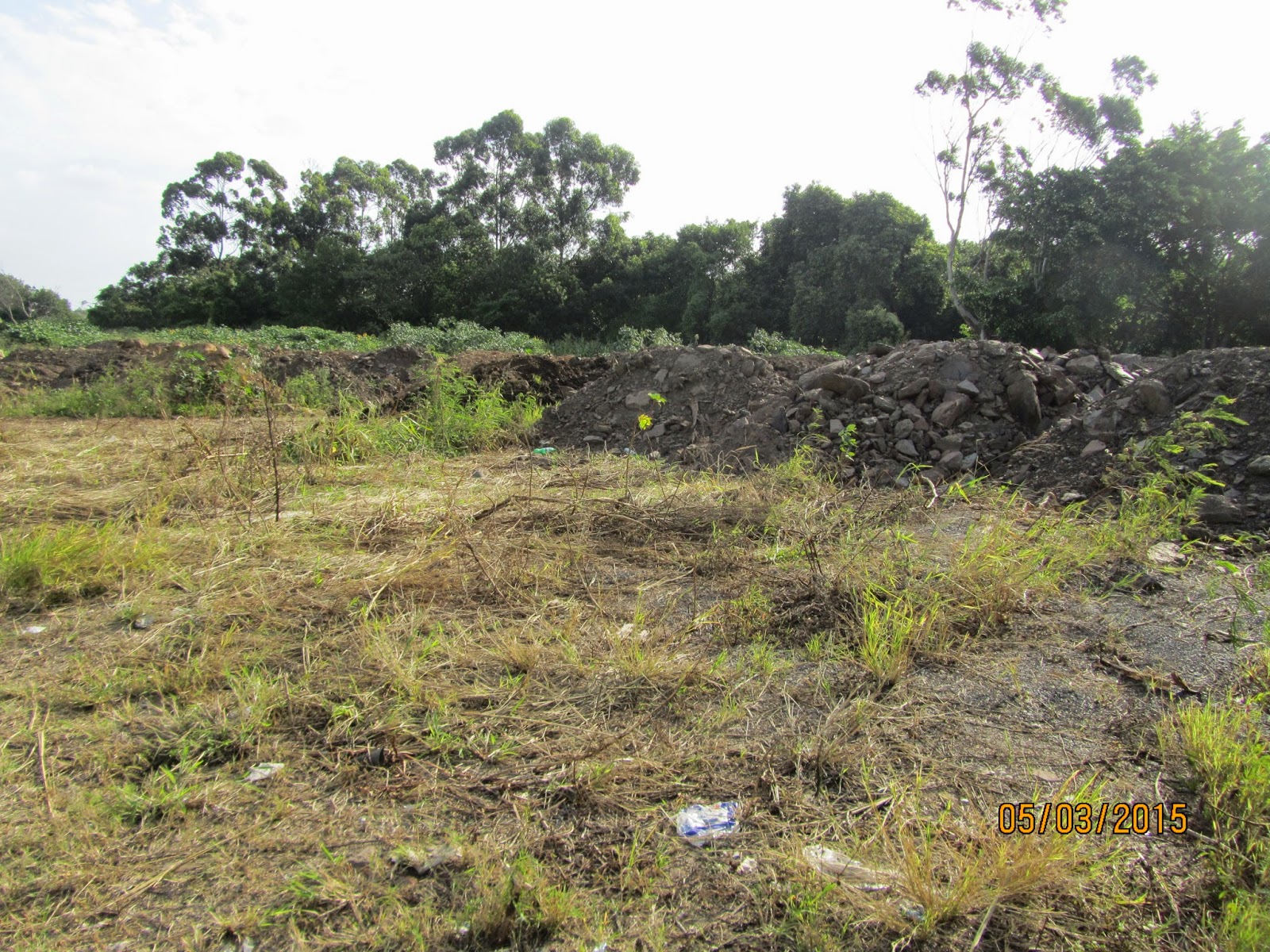 A group of truck owners and business people are destroying the environment near Riverview Road in Ottawa on the North Coast but yet the Ethekwini Municipality is doing nothing or very little to protect our environment.
On Thursday, March 5, a number of trucks have been driving through Munn Road and then entering  Riverview Road for the whole day to dump rock stones at the end of Riverview Road.
I visited the site while this was taking place and was informed that the trucks were carting the rock stones from Cornubia and dumping them on the vacant site.
When I tried to find out as to who was responsible for the illegal dumping, one of the truck divers simply told me:
"Just wait, the person responsible is coming just now and you can speak to him."
I waited for some time but the "man responsible" did not show up.
What is disturbing and shocking is that the environment in this area is being destroyed through the "don't care attitude of the municipality and trucking contractors". Is there anyone checking on this illegal dumping and any action being taken to preserve our environment? 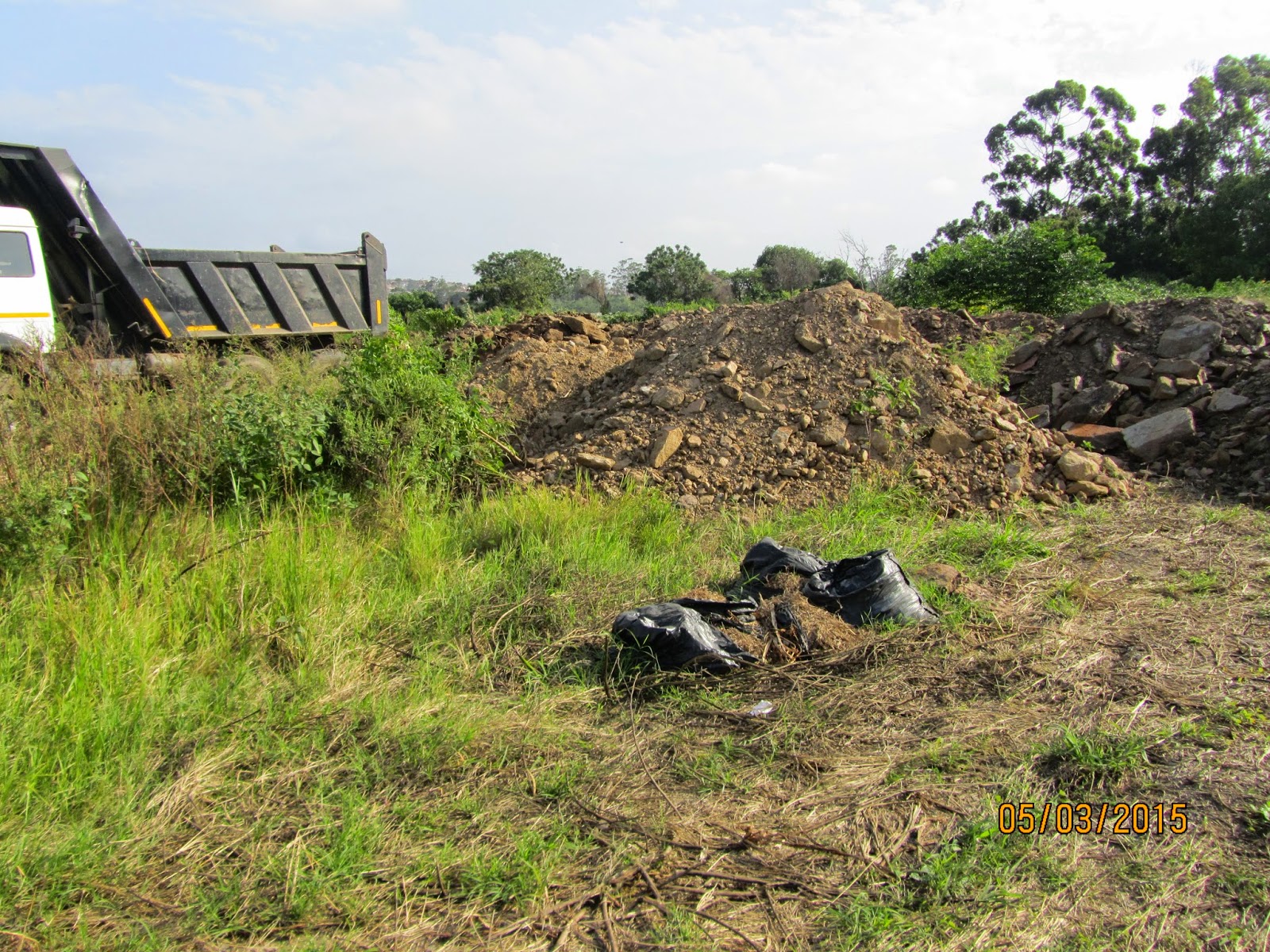 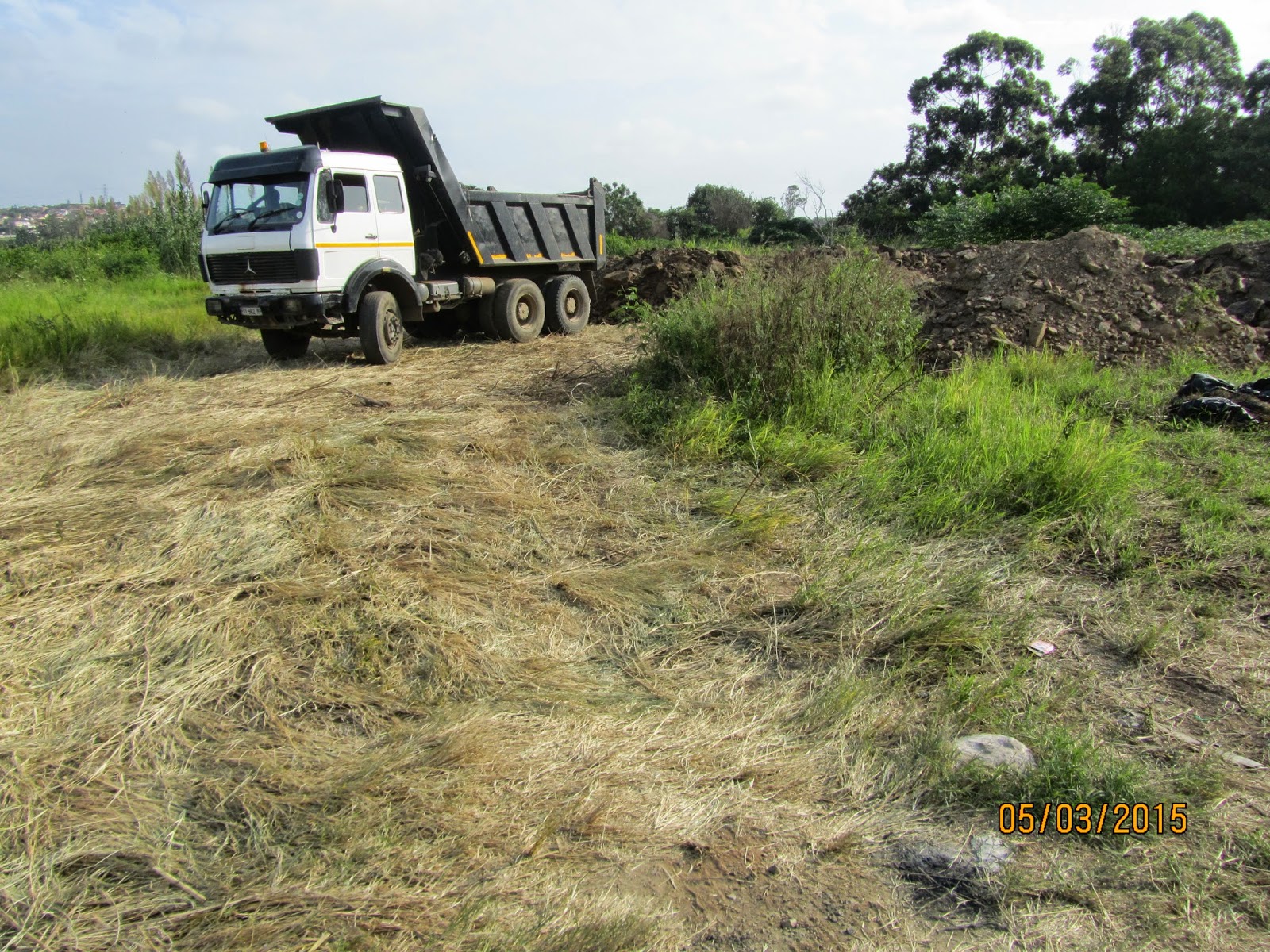 
This is just yet another illegal dumping action that is being committed by trucking contractors. For sometime now another truck owner has been ferrying  sand from somewhere else and dumping them on a property in Riverview Road. This truck owner has covered a huge part of the river with sand brought from other areas. This action was also brought to the attention of the municipality but there seems to have been nothing done to protect our river and the environment.
Then there's a businessman who has covered a part of the river near the Ottawa bridge with sand and built a business on the site.
This river. which has been the lifeblood of residents for many years, has now been completely destroyed with illegal dumping by trucking contractors and business people and the complete lack of action by the Municipality. 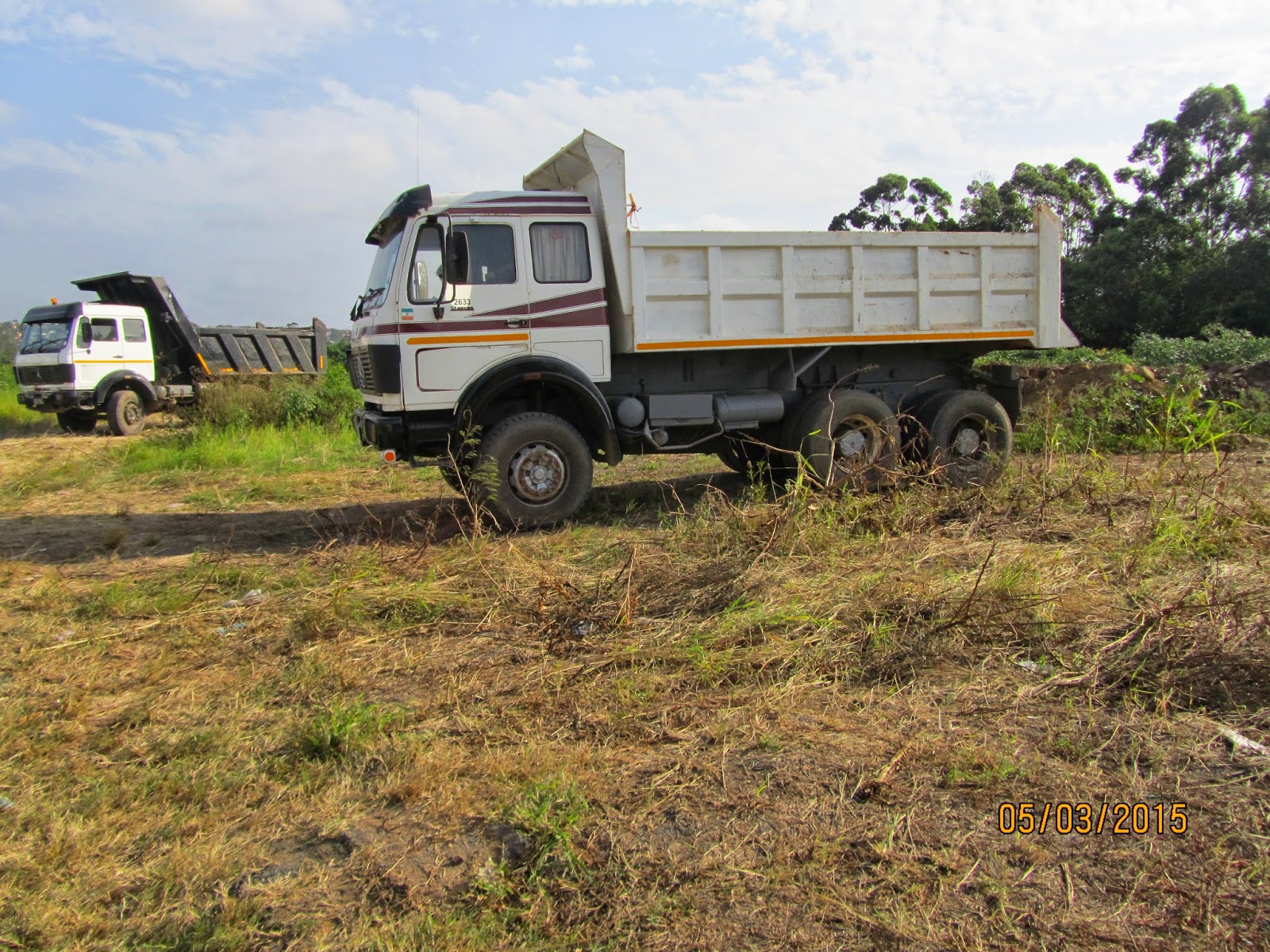 MUNICIPALITY ALLOWS DEGENERATION THROUGH LACK OF ACTION
IN CLEANING UP THE DIRT AND FILTH IN OTTAWA, VERULAM, TONGAAT, PHOENIX, KWAMASHU, INANDA AND OTHER AREAS 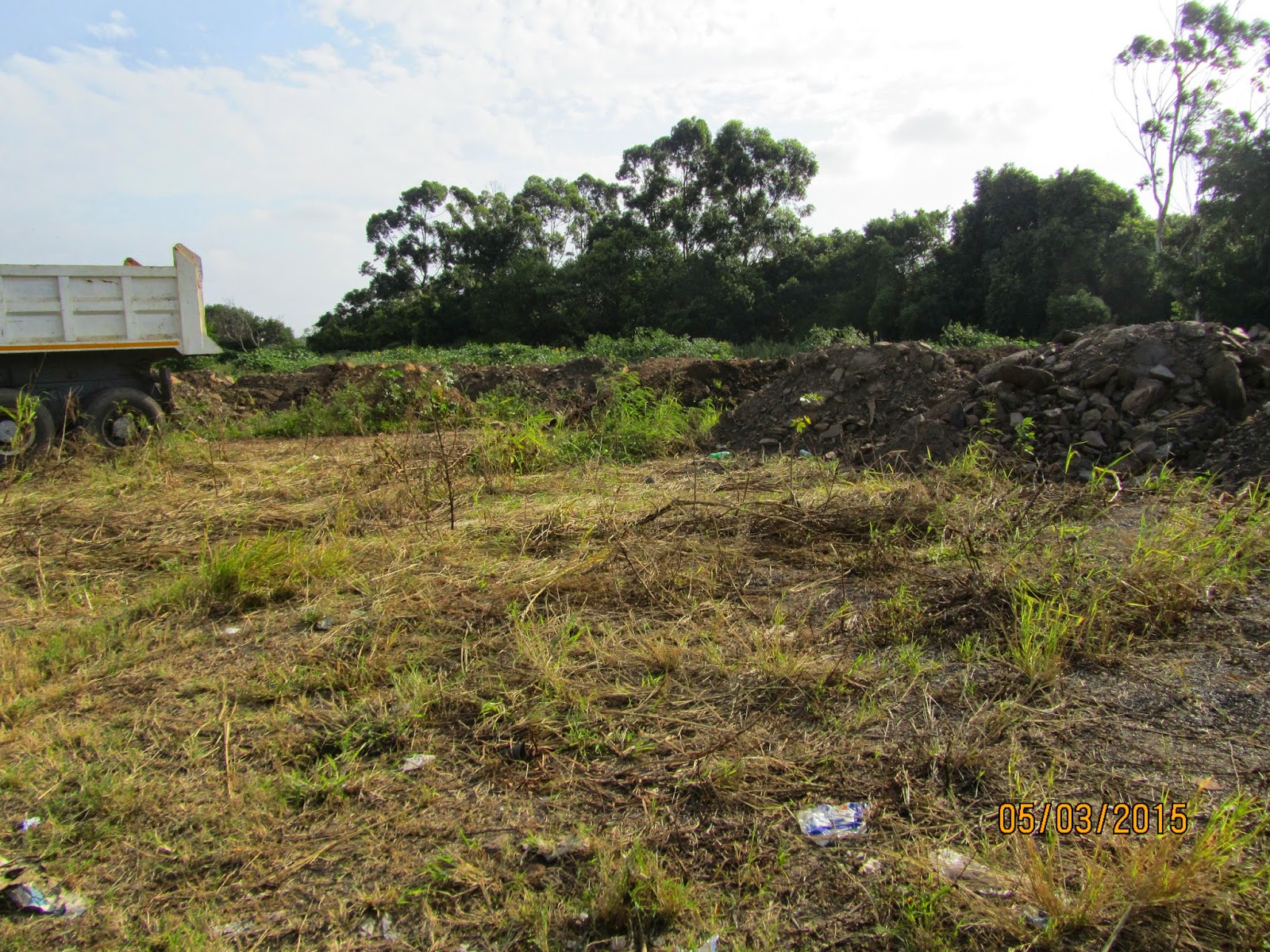 It's not only the illegal dumping that is destroying our environment but also the lack of action by the Municipality to clean up the litter and filth all over the main roads and side streets of Ottawa, Verulam, Tongaat, KwaMashu, Inanda, Phoenix, and other areas. What's the reason for allowing these areas to degenerate? But yet at the same time the Municipality deploys scores of workers on a daily basis to clean up certain wealthy suburbs.

I have written to the Durban Municipality and have asked for a full explanation as to why the municipality is failing to protect our environment. I received the following response:

"Dear Customer - Kindly be advised that your query is being forwarded to the relevant department for their attention and direct response. Kind regards.   Revenue Correspondence."

Posted by subry govender at 3:13 AM