SHOW TOLERANCE AND RESPECT TO ALL HUMANITY - WHATEVER THEIR RELIGIONS, LANGUAGES, AND CULTURES 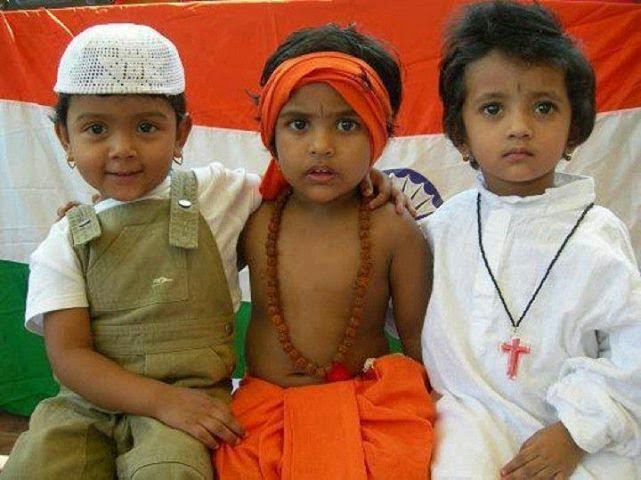 
It's a matter of grave concern and disturbance that the letters to the editor columns have now been inundated with debate about Christianity and conversions.
It seems that the culture of tolerance and respect for one another's religions is being trampled upon and destroyed. 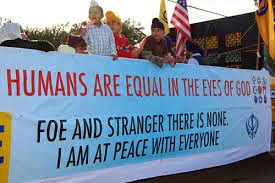 I remember when I was growing up as a school boy and a young man in the small village of Ottawa on the North Coast, the residents were made up of people of all religions, cultures and languages. The majority were Hindus whose mother tongues were Tamil,  Hindi and Telegu; Christians whose mother tongue was mainly Tamil and Telegu and Muslims whose mother tongues were Gujerati and Urdu. We all grew up as neighbours, friends, and above all as "one large family".
We never worried about this person being a Hindu, a Christian or a Muslim, or a Tamil, Hindi, Gujerati or Urdu.
I remember that whenever there was a wedding or a religious function  - whether in a Tamil, Hindi, Telegu, Muslim or Christian home - the whole village turned up on the night before to enjoy the food and music and the entertainment afterwards.
And when our parents built the Jhugroo primary school, they never divided themselves along religious or cultural lines. All of them joined together to build the school through voluntary labour and funds raised from all the residents.
I also recall that all the families followed their cultures without any problems whatsoever. This was noticed when the Christian aunties always wore saris  and they did not say that "because I am a Christian I am throwing away my cultures and traditions".
This was the norm in every other sugar estate, village, or towns where the descendants of indentured sugar cane labourers worked and lived.
And this was the solidarity when we were involved in our struggles against the political, economic, educational, sporting and other oppressive and discriminatory practises that we encountered during the apartheid era. We never divided ourselves along religious or cultural lines. We all struggled together to overcome firstly the bondage on the sugar cane fields and then the rabid racism that we faced after migrating to the urban areas of the former Natal province and later in different parts of the country.
Our struggle leaders emerged from all religions,  cultures, traditions and languages and they were an example to all of us.
It appears to me as a veteran observor that the lack of tolerance and respect for our fellow humans reared its ugly head when those who were affected by the notorious Group Areas Act were evicted from their homes amd dumped in areas such as Chatsworth and Phoenix. The people were torn away from their neighbours, friends and "families" and forced to seek new livelihoods, neighbours and friends.
While the vast majority managed to cope with the new surroundings, there were others who found themselves under new influences.
Some of the poor and uninformed were bombarded with propoganda by "sharks" who clearly were funded and promoted by missionary organisations and  people from the United States and certain parts of Europe.
It seems these people and their funders  from outside the country  had a clear mission to "convert" as many people of Indian-origin as possible to Christianity. This was also ably facilitated by the apartheid authorities and the municipalities at that time who provided the land for the construction of many churches as possible - far in proportion to the people who followed the Christian faith. What was the reason for the high number of churches when most of the people belonged to other faiths?

And to aggravate matters, it seems the people who fell prey to the new influences failed to fall back on what the founding freedom father of India, Mahatma Gandhi, once said about religion and cultures. This is what he had said:
"I will allow all religions and cultures to flow through my home but I will not allow myself to be blown over by any one of them."
And in a matter of time these "converts" became worse than the those who are born Christians. One will never find a born Christian condemning or tarnishing another religion. But the converts are a tribe of their own. They have not only forgotten their cultures, traditions, languages and roots but they have now aped everything of the western world. Take for instance how some women dress when they attend a funeral. Recently I attended three funerals in Chatsworth and Phoenix that had a mixture of Hinduism and Christianity. I was shocked and taken aback at the manner in which some women wore tight pants and short dresses. They seemed to have had no respect whatsoever for the departed souls and the families of the dead.
I spoke to some of the religious leaders who attended the funerals and questioned them about the dress code of some of the women. They all agreed they were having problems.
One person was forthright:  "We have lost it as a community. We have lost our cultures and traditions."
Our moral souls have not only been trampled on but we are now also faced with all kinds of social evils such as the rapid growth of drugs addiction in these areas. This social erosion is mainly due to the fact that a lot of people have lost their cultures, traditions, languages and values.
I want to appeal to these so-called "saviours" that you must stop "praying for the ungodly" but please learn to respect other people's faiths. 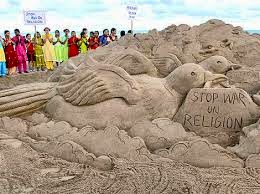 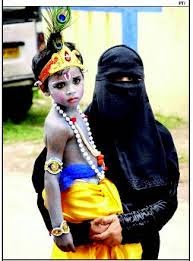 This brings to mind when I first visited India in 1990 and attended a cultural function one evening in the city of Cochin in South India. The master of ceremonies spoke about cultural and religious diversity of India. One of the people in the audience got up and asked the speaker why were there so many "Gods" in India?
The speaker responded calmly as follows:
"We in India respect all cultures, traditions, and religions. If you feel that you can seek the Divine by praying to a particular deity, then who are we to disturb you."
So to the writer who quoted the following from the holy Bible, "Go therefore and make disciples of all the nations and I am with you always even to the end of the age.", please learn to be tolerant of others and don't impose your religion, especially on the uninformed, weak and the poor. If some of the well educated have turned to other religions, then it's their choice. They are in a position to rationalise and decide for themselves.
We must not promote "our God" as being superior to others. For those who are religious, there's only "ONE GOD" and they follow different paths to reach the "ONE GOD".
We must all go back to the days when we all lived as "one large family" - whatever our religions, cultures, traditions and languages. - ends
Posted by subry govender at 9:15 AM